CAROLE GORDON ACTING CLASS
Ongoing classes continue with Los Angeles trained SAG-AFTRA actor Carole Gordon. Covering all areas of acting; Scene Study, Character Development, Improv, Auditioning, Self-Taping, On-Camera, and much more, along with learning the business of the business. Limited class size allows for better training. Call 813-778-9874 to reserve your space. Classes are held each Wednesday and
it's only $125 for the month easily payable on the Payments Page.

Join us on Facebook
for more news, photos
and information.
​​
​​​I was honored to be a presenter at the Dunedin International Film Festival in January of 2020.  It was an exciting opportunity and thanks to all who attended my Master Class. See pictures in our Gallery. 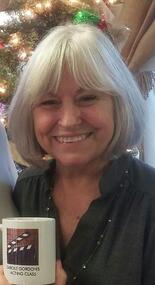 ​​SAG-AFTRA Actor Carole Gordon studied and worked in Los Angeles for over 25 years.  She has appeared in films, on television, theater, commercials, print, and performed improv and stand-up comedy.

Carole now shares what she learned through her years of study with Stella Adler's Academy, Larry Moss Studio, The Groundlings, Second City, OC Professional Actor's Group and numerous other workshops and seminars.
​
As Production Executive with Dean River Productions, Carole was involved in all areas of film production from pre to post.  The company produced five films with Billy Graham's World Wide Pictures and made several animated films, videos and documentaries.  Her work behind the scene helps actors understand set decorum and professionalism in the industry.

Carole Gordons classes consist of relaxation, auditioning, scene study, character development, improvisation, acting techniques, working on camera, filming scenes, live performances, workshops with guest instructors for voice-over, space work, improv, and acting and showcasing for talent agents and casting directors,   Carole's classes offer the full package and are for ages 18 and up. Since class size is limited, so make plans now to join us in January.

Tampa class begins meetings on Wednesday nights from  7:00PM - 10:00PM on Wednesdays at The Graham at 2400 E Henry Street.